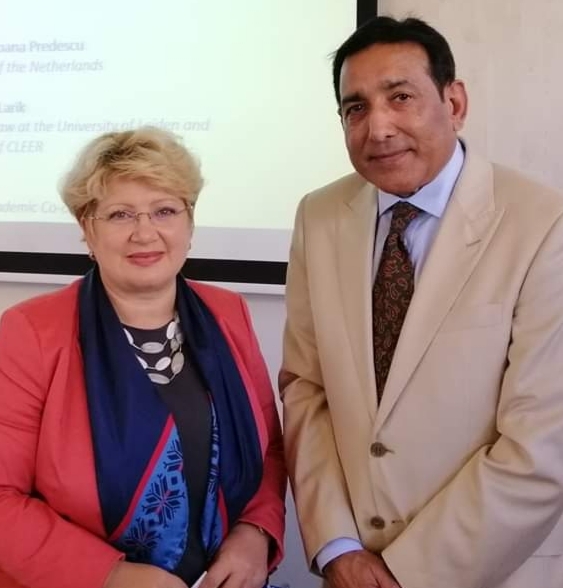 Every  six months, on rotational basis, a member State becomes President. The IHRC Chairman in his states said he was very pleased  to have participated and debated at " Centre for the Law of EU External Relations CLEER Presidency Lecture" with the România Ambassador  Mrs. Brandusa .

The Chairman added  "Jammu and Kashmir is disputed territory, for which UN Security Council's Plebiscite Resolution is the only solution, Indian revocation of Article 35/370 is pure violation of Kashmir Resolution".

The Chairman went on to say he was  pleased to have participants on the efforts  of EU to stop bloodbath in Yemen and to help Saudi Arabia and Yemen to find peaceful solution through negotiations ".

Her Excellency Romanian Ambassador acknowledged the dispute and said EU always cooperate with UN,  on both issues highlighted., She added EU has been, in regular contact with UN and International Communities".

The lecture was held at the T.M.C. Asser Institute (Centre for International & European Law)